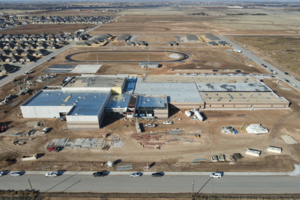 Designated as one of the fastest growing school districts in Texas, the addition of a fourth middle school will help accommodate the rising student enrollment and alleviate crowding in the existing middle schools. Currently, Frenship serves nearly 2,500 middle school students across three campuses, and demographers project that number will continue to increase over the next 10 years.

The opening of Alcove Trails Middle School in August of 2023 will impact attendance boundaries for all Frenship middle school campuses. Guided by School Board Policy, Frenship ISD gathered input from Frenship staff, parents, and community members on the proposed attendance boundaries over the course of several months during town halls and school board meetings.

Based on community input, along with growth and enrollment projections and research, the Board of Trustees approved what was known as “Proposed Attendance Boundaries Option B”. The new attendance boundaries for the 2023-2024 school year can be found HERE.

Frenship staff, students, parents, and community members also helped name the fourth middle school. Frenship pushed out a name nomination form in November and received nearly 1,600 name submissions for the new school. Based on those submissions, the Board of Trustees approved the name as Alcove Trails Middle School.

“I want to thank all of our Frenship families who submitted a name and contributed to that naming process,” said Rebecca Whipkey, Alcove Trails Middle School Principal. “It is an exciting time for Frenship ISD. I’m honored to be the principal of Alcove Trails and I’m looking forward to meeting our students and parents next fall.”

For updates on Alcove Trails Middle School construction, timelines, boundaries, and more, head over to the Alcove Trails webpage HERE.