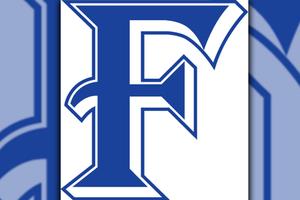 The Tiger football team suffered their first loss of the season at the hands of the Wichita Falls Hirschi Huskies 38-37 in overtime on Friday night.

The Frenship Tiger (1-1) football team suffered their first loss of the season at the hands of the Wichita Falls Hirschi Huskies (1-1) 38-37 in overtime on Friday night. It was the Tigers’ first road game of the season and it appeared to be well in hand as the Tigers continued to capitalize on miscues by Hirschi to take a 24-14 lead into halftime. But a 63-yard touchdown pass brought the Huskies within four in the third quarter, and when the Tigers answered on a 9-yard rushing touchdown by Donovan Smith in the fourth quarter, the point-after-attempt was blocked and almost returned by the Huskies making the score 30-20.

The Huskies broke free on a 65-yard rushing touchdown to pull within three and after a three-and-out by Frenship, drove back to the Tigers’ red zone and hit a 24-yard field goal with 1:24 left in regulation to tie the game at 30. The Tigers were unable to capitalize on the remaining time and the game entered overtime.

Donovan Smith scampered 25 yards for an impressive score on the Tigers’ first play from scrimmage to put the good guys up 37-30. Frenship had Hirschi at the 36-yard line on a 3rd and 21 following an intentional grounding penalty, but a defensive pass interference in the endzone gave Hirschi new life at the 21-yard line and a new set of downs. The Huskies, who were swapping between a passing quarterback and a wildcat formation, connected on a 21-yard touchdown pass to pull within one. New Huskey Head Coach Antonio Wiley made the gutsy call to throw the 2-point conversion jump pass out of the wildcat, sealing the home win for the Huskies.

Senior quarterback Donovan Smith passed for 23/38 for 229yards, 1 touchdown, and 1 interception. He added another 9 rushes for 47 yards and 2 touchdowns as well. Drew Hocutt was Smith’s top target on the day with 6 receptions for 97 yards and 1 touchdown. William Bayouth once again handled the majority of the rushing for the Tigers with 25 carries for 83 yards and 1 touchdown.

Defensively the Tigers were led by Jake Gilbert who tallied 3 tackles, 8 assists, and forced a fumble. From the defensive line, Logan Douglas also had 1 tackle, 7 assists, and 1 tackle for loss on the day. The defense, who shutout the Amarillo High Golden Sandstorm the week before, forced and recovered three fumbles and held the Huskies to 27% on third downs.

Frenship will be back in action on Friday, September 13 against the Lubbock Cooper Pirates (2-0) at Peoples Bank Stadium at 7:00 pm. Gates open at 5:30 pm, fans are encouraged to arrive early for the cross-town rivalry game. The Lubbock Truck Sales Pregame Show begins at 6:30 pm. Both pregame and game action can be heard on Double T 97.3 with Keith Patrick and Chois Woodman on the call. The game can also be seen in its entirety at Frenship.TV by 12:00 pm on Saturday.