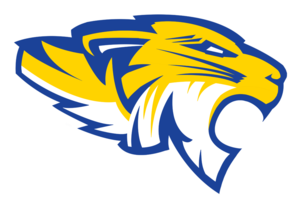 Frenship Boys Soccer hit the road for the first time in the 2020 District 2-6A season last Friday as they made the trip to the Tall City to face the Midland Lee Rebels. It was a big week for Tiger Soccer as two players, Drew Hocutt and Ryan Maldonado, signed their National Letters of Intent to play collegiate athletics. Hocutt signed with Angelo State University to play the American version of football, and Maldonado signed to continue as a footballer as a Plainsman of Wayland Baptist University.

Against Lee, the Tigers took a 1-0 lead in the first half on a penalty kick by Landon Bond. However, the remainder of the game would not be defined by the play on the field but by the actions of the referees.

Frenship received 10 cards on the evening to Midland Lee’s two, finishing the first half with nine players on the field and eventually playing most of the second half with only eight players to Lee’s 11. Eventually the disparity in numbers caught up with the talented Tiger squad as Midland Lee tied the match 1-1 with 1:30 remaining and eventually took the match 2-1.

The Tigers were scheduled to return to action Tuesday hosting Amarillo Tascosa but that game was moved up to Monday, February 10 in preparation for more winter weather in the Panhandle and Lubbock area. You can find those game recaps in next week’s edition of Tiger Tales.

Tiger Girls Soccer hit the road to visit the Midland Lee Rebels in their 2002 District 2-6A opener on Friday. The Tigers have shown strong senior-driven play throughout their non-district season, entering the contest 5-0-2.

It was a huge week for this team and first year Head Coach Lauren Denning as two more seniors, Alli Holder, and Isela Martinez, signed their National Letters of Intent to play collegiate soccer. Holder will be headed to West Texas A&M University to play for the Lady Buffs and Martinez will play for Oklahoma Panhandle State University. They join teammates Kyler Carrasco (LCU), Katalin Heise (ASU), and Lexi Jackson (MWSU) who signed in November.

The Tigers took down the Rebels 5-0 behind a multi goal match for Holder (2), and Alexis Gonzalez, Allyson Dankesreiter, and Carmen Cervantez all chipping in one of their own. Holder also tallied 3 assists and Cervantez another. Jackson, Frenship’s keeper, and the team defense are credited with another shutout.

The Tigers improve to 6-0-2, 1-0 on the season and hosted Amarillo Tascosa Monday evening at the Frenship Soccer Pitch. That match was moved up from the scheduled Tuesday meeting due to incoming winter weather in the Panhandle and Lubbock areas. You can find that game recap in next week’s edition of Tiger Tales and can always follow Frenship Girls Soccer on Twitter @FHSGirlsSoccer3